Preparations are fully underway for the 2017 World Hearing Voices Congress, hosted in Boston by HVN USA.

Taking place from 16-18 August in Boston (USA) the congress welcomes some amazing keynote speakers and workshops. For more information, or to book your place, see the congress website http://2017congress.hearingvoicesusa.org. 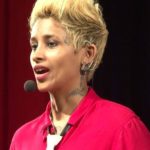 Reshma Valliappan (aka Val Resh) is an artist/activist fighting for the rights to be granted what for most others is a given – full legal capacity. She runs a creative initiative The Red Door, first conceptualized by Mixed Media Productions, to create more awareness about issues of mental health in India. She’s an Ashoka Fellow, Ink Fellow and CAMH (Bapu Trust) Fellow. She’s also a visiting Prof. at NALSAR University, Hyderabad teaching a course on ‘Exploring Mental Health through Creativity’. She works closely with a Changemaker school on a program called Changemaker Warriors which addresses mental health indirectly through concepts from martial arts and shamanism to turn bullies into healers.

She’s the protagonist of an award winning documentary ‘A Drop of Sunshine’ which then inspired her memoir ‘Fallen, Standing; My Life as a Schizophrenist’ published by Women Unlimited.

Val’s creative work isn’t limited to a paintbrush or sketchpad. Instead, it ranges from poetry to humor, short narratives, painting her clothes and randomly carving things in thin air until they find their way into a real form. Her creative work, process and life centered around schizophrenia has been brilliantly summed up by Randhir Khare, an award winning writer, artist, teacher and storyteller. 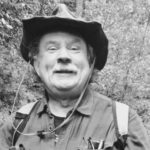 David is a liberation psychologist, writer, and musician. Since 2000, he’s consulted with the Fourteen Confederated Tribes and Bands of the Yakama Nation in central Washington, while his personal connections to Indian Country reach back to his childhood and Missouri Cherokee heritage. His recent critiques and historical analyses of the U.S. mental health system’s checkered role with Native Americans for Indian Country Today (ICT) are both well-regarded and controversial. ICT columnist Steven Newcomb praised his Medicine Valley novels for dealing “with all the issues of tragedy, psychological healing, and cultural and language revitalization that are necessary in the wake of centuries of genocidal efforts to destroy our Nations and Peoples.” David has served on past faculties of the Washington School of Professional Psychology, Heritage University (at Yakama Nation), Oakland University, Wayne State University Medical School, and University of Detroit-Mercy. He currently serves as an advisory editor for Ethical Human Psychology & Psychiatry, on the scientific and medical advisory group for the National Center for Youth Law, and as a board member for Refugee Women’s Alliance (ReWA). David’s articles and book information can be accessed at www.tessasdance.com. 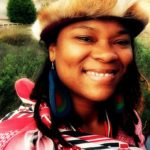 Gogo Ekhaya is an initiated Sangoma Traditional Healer in the Zulu culture of South Africa. She is a certified Peer Recovery Specialist in mental health, a trauma survivor, and a spiritual teacher. Gogo Ekhaya is as strong advocate for challenging standardized mental health concepts in America, she has written for the ISPS book series “Women & Psychosis” and her shamanic journey of healing and recovery is featured in the documentary CRAZYWISE. Her gifts include seeing and hearing voices of the ancestors, mediumship, and earth based medicinal healing.  Gogo Ekhaya has a full-time shamanic healing practice in Southern California. www.sangomahealing.com 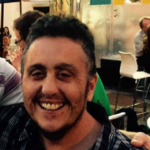 After years of receiving traditional mental health treatment, Marty has found meaning and value in the experience of hearing voices, and other extreme states, through the healing environment of the Western Mass Recovery Learning Community and Hearing Voices groups.

Marty came into this world under adverse conditions and had the experience of seeing visions and hearing voices as a child. As a young adult. Marty, turned to street  drugs in an attempt to navigate the experience of extreme states and trauma. In his twenties, he no longer found any relief in using IV drugs or other street drugs and began going to detoxes and attending 12 step meetings. After a year of not relying on substance use, the feelings and memories became overwhelming and he began seeking mental health treatment. Marty spent many years contemplating and occasionally taking action on thoughts of suicide. He received years of mental health services, experiencing numerous psychiatric hospitalizations and being told he had a serious mental illness. After decades on “anti-psychotics.” Marty looked for another way to address his experience and sought peer support.

After participating in a Hearing Voices group for a year, Marty completed the HVN facilitator training. Since that time, he’s gone on to become one of only a handful of Hearing Voices trainers in the country. In addition to his Hearing Voices work, Marty is also a trainer for Alternatives to Suicide, and works as a community bridger supporting people in hospitals to transition back to community. 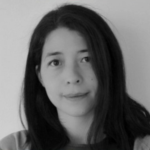 Akiko is the Hearing Voices Project Manager at Mind in Camden, a Board Member of the English Hearing Voices Network, and a recent addition to the ISPS UKcommittee. As part of her work at Mind in Camden, she helps set up and facilitate Hearing Voices groups and networks in a variety of settings, including the community, in-patient units, children and adolescent mental health services, prisons, secure units and Immigration Removal Centres (detention centres). This work is based on a capacity building model- training medical and forensic staff in peer support group facilitation, as well as awareness of, amongst other things, hearing voices, beliefs, dissociation and self-harm. As such, one of her interests is the extent to which peer support can sit within statutory services and promote real change- and what are the challenges and limitations inherent in this.

She has previously worked as the Director of Mental Health Europe, and has a keen interest in the differences and overlaps in mental health provision in different national and cultural settings. One particular focus now is how suicide is understood and spoken about in Japan.

She has written about and spoken on a number of topics at conferences across Europe, including challenging the power of diagnoses and promoting alternatives to the medical model, de-institutionalization and legal capacity. Some of the work she is involved in at the moment includes giving greater prominence to dissociation and multiplicity with her Hearing Voices work; reflecting on the role of privilege and power within even the more radical movements in mental health, and thinking about how we can work together more intersectionally; and exploring voices in the hinterlands and borderlands of experience. 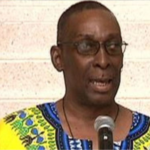 My name is Barry A. Floyd and I am a black male, 63 years of age. I have resided in New York City for 36 years, coming from California to make it big in the city. A brief family history: I come from a family of nine, a two parent home with three brothers and three sisters. I guess you can say that we were middle class because we lived in a residential neighborhood and had two working parents.

According to my sister, I have been hearing voices since I was three years of age and they thought nothing of it. When I disclosed to them that I was a voice hearer they were very upset because they did not know that my voices would have such an impact on my life.  At the age of 16, my voices became full blown and I began to spiral down. I just managed to make it out of high school because my voices said I would never amount to anything. I began to medicate myself with street drugs and join the street life and that was the only life I knew. My voices said that they owned me and I was no longer in control of my life. I was charged with several crimes but never convicted because they said we call the shots not the court system and they said again we own you.

For three decades, I medicated myself to stop the horror of my voices. In 2003 my addiction came to a halt because I left upstate New York to take care of my two daughters. I went into  the hospital for seven weeks and I was given medication and one would think this was the cureall to end all but little did they know. Without street drugs my voices came back to take their rightful place in my life. It took nine years to learn how to cope with them. Today I hear voices but I am in control.