The Intervoice Board is proud to announce the 2017 Intervoice Awards as an opportunity to honour the diversity and dedication of the community of which we are part. These awards are just one way to highlight some of the people, groups, projects and organisations who contribute towards making the world a better place for those of us who hear voices, see visions or have other related phenomena.

Our movement is founded upon the shared belief that our experiences can be understood in many ways. Equally, we understand that people’s contributions to this movement can take many forms. Some are widely celebrated, but others are known to a few close allies or connections. We need your help to ensure that these awards reflect to diversity of our world community. This is an opportunity for you to raise your voice in the nomination process.

“I decided that my mind, body, and spirit had worked together to craft the best they could with limited resources, and to see myself as a helpless victim of chronic “mental illness” was merely adding insult to injury.” 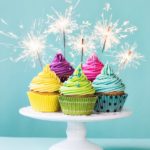 The Intervoice awards are an opportunity to give recognition to incredibly inspirational people, groups, research, initiatives and the opportunities taken to grow the Hearing Voices Movement and create hope across the world.

There are five categories of award. You are welcome to nominate any individual, a group/organisation or initiative that you would like to celebrate for their contribution to the Hearing Voices Movement in one of the following areas:

Note: In making our decision we will consider the information given on the nomination form, prioritising those who have not recieved an Intervoice Award in the past. Current Intervoice Board Members are not eligable for awards.

Nominations open annually, in advance of the World Hearing Voices Congress. Nominations for the 2017 Awards are now being accepted. To nominate a person, group, network, project or organisation please complete the following form.

Winners will be announced during the Intervoice Day in Boston on 16 August, and posted on the website shortly after. All nominees and proposers will be notified by email if we have their details.