"Normal" people and the general population

Vanessa Beavan, John Read and Claire Cartwright (2006)Angels at our tables: A summary of the findings from a 3-year research project into New Zealanders’ Experiences of Hearing Voices, University of Auckland, New Zealand
Full paper here

Abstract
This study attempted a systematic investigation of incidence, type, and circumstances of anomalous perceptual experiences in a highly specialized group of healthy subjects, extreme-altitude climbers.
BACKGROUND:
There is anecdotal evidence for a high incidence of anomalous perceptual experiences during mountain climbing at high altitudes.
METHOD:
In a structured interview, we asked eight world-class climbers, each of whom has reached altitudes above 8500 m without supplementary oxygen, about hallucinatory experiences during mountain climbing at various altitudes. A comprehensive neuropsychological, electroencephalographic, and magnetic resonance imaging evaluation was performed within a week of the interview (8).
RESULTS:
All but one subject reported somesthetic illusions (distortions of body scheme) as well as visual and auditory pseudohallucinations (in this order of frequency of occurrence). A disproportionately large number of experiences above 6000 m as compared to below 6000 m were reported (relative to the total time spent at these different altitudes). Solo climbing and (in the case of somesthetic illusions) life-threatening danger were identified as probable triggers for anomalous perceptual experiences. No relationship between the number of reported experiences and neuropsychological impairment was found. Abnormalities in electroencephalographic (3 climbers) and magnetic resonance imaging (2 climbers) findings were likewise unrelated to the frequency of reported hallucinatory experiences.
CONCLUSIONS:
The results confirm earlier anecdotal evidence for a considerable incidence of hallucinatory experiences during climbing at high altitudes. Apart from hypoxia, social deprivation and acute stress seem to play a role in the genesis of these experiences.

Objectives. Building on recent work on the similarities and differences in delusional ideation between psychotic and religious populations (Peters, Day, 1999), the experiences of auditory hallucinations in psychotic,evangelical and control groups were examined in this study.

Results. Incidence of auditory hallucinations differed significantly across the three groups with psychotics showing the highest levels and controls the lowest levels. The experiences of the evangelical group were significantly more positive than those of the control group, which in turn were significantly more positive than those of the psychotic group. The most recent experience of hearing voices was rated more positively than the first experience by the psychotic and religious groups but not by the control group. These findings were much stronger for affective reactions to the experiences than for perceptions of the voices.

Conclusion. These results provide only partial support for the findings of Peters et al. (1999) on differences in delusional ideation and possible reasons for this are discussed. The findings for religious and psychotic individuals are discussed further in terms of interpretational and coping mechanisms.

Abstract
One-hundred and thirty-six univeristy students were administered the Launay-Slade Hallucination Scale (LSHS). Low and high scorers then completed a visual and an auditory task that utilized non-hypnotic suggestion and ambiguous stimuli. The high LSHS group reported a significantly greater number of meaningful visual and auditory experiences in response to the ambiguous stimulation. It is argued that these phenomena are hallucinations and demonstrate the possibility of researching hallucinations in non-psychotic populations in a laboratory setting.

Abstract:
The form and the content of chronic auditory hallucinations were compared in three cohorts, namely patients with schizophrenia, patients with a dissociative disorder, and nonpatient voice-hearers. The form of the hallucinatory experiences was not significantly different between the three groups. The subjects in the nonpatient group, unlike those in the patient groups, perceived their voices as predominantly positive: they were not alarmed or upset by their voices and felt in control of the experience. In most patients, the onset of auditory hallucinations was preceded by either a traumatic event or an event that activated the memory of earlier trauma. The significance of this study is that it presents evidence that the form of the hallucinations experienced by both patient and nonpatient groups is similar, irrespective of diagnosis. Differences between groups were predominantly related to the content, emotional quality, and locus of control of the voices. In this study the disability incurred by hearing voices is associated with (the reactivation of) previous trauma and abuse.

Background:
Hallucinations typically are associated with severe psychiatric illness but also are reported by individuals with no psychiatric history. AIMS: To examine the prevalence of hallucinations in White and ethnic minority samples using data from the Fourth National Survey of Ethnic Minorities.
Method:
Interviews of 5196 ethnic minority and 2867 White respondents were carried out. The respondents were screened for mental health problems and the Psychosis Screening Questionnaire asked about hallucinations. Those who screened positive underwent a validation interview using the Present State Examination.
Results:
Four per cent of the White sample endorsed a hallucination question. Hallucinations were 2.5-fold higher in the Caribbean sample and half as common in the South Asian sample. Of those who reported hallucinatory experiences, only 25% met the criteria for psychosis.
Conclusions:
The results provide an estimate of the annual prevalence of hallucinations in the general population. The variation across ethnic groups suggests cultural differences in these experiences. Hallucinations are not invariably associated with psychosis.

Abstract
A group of 20 subjects who reported previously experiencing at least one ‘out-of-the-body’ experience (OBE) and a group of 20 matched controls attempted to induce OBEs in the laboratory under conditions of mild sensory limitation and physical relaxation. As predicted, the OBErs were more prone than controls to report hallucinations and involuntary imagery in this situation. The reporting of anomalous perceptual experiences was also positively correlated with scores on schizotypy scales, which measure the incidence of ‘positive’ symptomatology at a sub-clinical level. The results are interpreted in terms of a model of the ‘happy schizotype’—a relatively well-adjusted person who is functional despite, and in some cases even because of, his or her anomalous perceptual experiences.

Abstract The present study was designed to gather data related to the continuum hypothesis of hallucinations. According to this hypothesis, hallucinations can be considered to be one end of a continuum of normal conscious experience that include vivid imagery, daydreams, and thoughts. Subjects were 222 college students who anonymously completed the Hallucination Questionnaire (Barrett and Etheridge, 1994), the Betts QMI Vividness of Imagery Scale (Richardson, 1969), and Millon’s Clinical Multiaxial Inventory (MCMI-II) (Millon, 1983). The results suggest that hallucinators have more vivid imagery and higher scores on most Millon’s Inventory scales compared to non-hallucinators. Nevertheless, a normal distribution of the hallucinatory experiences was not found, which casts doubt on their dimensional nature.

Schreier, H. A. Hallucinations in Nonpsychotic Children: More Common Than We Think? Journal of the American Academy of Child & Adolescent Psychiatry, May 1999, 38 (5), 623–625

Tien A.Y. (1991) Distributions of hallucinations in the population Social Psychiatry and Psychiatric Epidemiology, No.26, pp. 287 292 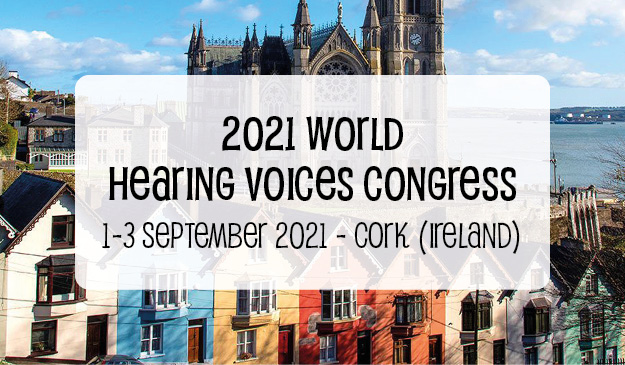