Voice Collective, a project that supports young people who hear voices in Greater London (UK) have shared the following interview with a young person who hears voices and facilitates one […] 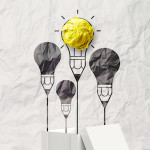 The Italian Hearing Voices Network has launched a new blog as a tool to promote debate and discussion between anyone interested in the topic of hearing voices. They have integrated […]

Contributed by Mind in Camden’s London Hearing Voices Project. The amount of planning that you put into the Hearing Voices Group will depend on your individual situation, however in our […]

Opinion: What does it take to be a good group facilitator?

By Suzanne Engelen This seems a really simple question, but when I was trying to find an answer, it became clear it wasn’t simple at all. There are a lot […]

Cardiff, Wales 19-21 September 2012 Introduction to the Report This report combines accounts by a small team of people from Mind in Camden who attended the Conference and made notes […]

Folks from Illinois, Michigan, and Minnesota are planning to start an HVN Midwest network. This will include a collaborative website and possible virtual (Skype) meetings to include those voice hearers […]

Daniel Sentamu, Dave Baillie and Jim Taylor “The voice hearing voice group has not only been a place for voice hearers to talk about their voice hearing experiences but a […]

A Little Insight Voice Collective, a London-wide project supporting children and young people who hear voices, see visions or have other unusual perceptions, have released a brand new animation to […]

Psychosis Seminars were “invented” in Hamburg (Germany) by Dorothea Buck, a psychiatric survivor of the German Nazi regime, and Thomas Bock, a psychologist lecturing at the Hamburg university. They are […]

Our colleagues from Australia (including Peter and Indigo) were recently featured in a documentary on The Project. It shows a pragmatic approach to working with people who hear voices can […]

Voice Collective is Mind in Camden’s London-wide project to support young people who hear, see or sense things that others don’t. A number of Voice Collective’s staff and volunteers have […]

They Would Set Her Impossible Tasks

An account of hearing voices as a child by David Batty, Friday November 16, 2001, SocietyGuardian.co.uk Maria from Manchester began hearing voices when she was seven – three years after […]