We’ve been contacted by the producers of ‘Healing Voices‘, a documentary that explores experiences commonly labelled as ‘psychosis’ and ‘mental illness’ through the real-life stories of individuals working to overcome […]

Is it OK to Hear Voices? TV from Canada

This video, screened on Canadian TV, features members of the North Shore Hearing Voices Support Group in Vancouver, Canada. “The hearing voices group empowers people and allows them to understand they […]

We’re really excited to share that HVN Western Australia has had plenty of media airtime in recent months. In addition to launching a new website, they released an inspirational you tube […] 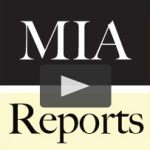 We’re really excited to share this excellent feature with you. “Voices Matter” was filmed during last year’s World Hearing Voices Congress in Cardiff (Wales) and captures some of the vibrancy […]

Our colleagues from Australia (including Peter and Indigo) were recently featured in a documentary on The Project. It shows a pragmatic approach to working with people who hear voices can […]