We are lucky to benefit from the experience and expertise of the following elected board members and advisors. Our current Chair is Lisa Forestell, our Vice Chair is Dirk Corstens and our Secretary is Jørn Ditlev Eriksen 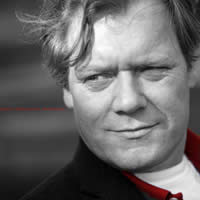 Chair of the Intervoice Board between 2009-2016, Dirk has been a social psychiatrist and psychotherapist since 1992. He is educated in cognitive, psychodynamic and systems therapy, Transactional Analysis and Voice Dialogue work.

Since 1992, Dirk has been Collaborator in the Hearing Voices Project of Marius Romme and Sandra Escher of the University Maastricht. Dirk developed the recovery programme, ‘Talking with Voices’, and is currently preparing research on this subject. He delivers courses with Ron Coleman and Eleanor Longden on ‘working and talking with voices

Jørn’s entire working career has been centred on psychiatry in areas such as social psychiatry, district psychiatry, psychotherapy, alcoholism and adolescent psychiatry.

He’s originally trained as a nurse. Afterwards, he took a diploma in management and a professional diploma in Human Resource Development.

Currently, he is a director of the social psychiatric services in Lyngby – taarbæk municipality. Which include housing, support at home, acute service, self-help groups, supported work, social firms, and educations programs est. The services in Lyngby – taarbæk municipality is in the Danish context a pioneering bid for recovery-oriented work (www.slotsvaenget-ltk.dk).

Jørn is the initiator of the creation of the Danish Voice Hearers Network, and has been on the board since its inception.

He was also in the initiative group who founded the Danish Association for Psychosocial Rehabilitation.

Jørn was the first Dane to be invited to join the International Network International Mental Health Collaborating Network (Whole Life – Whole System) and he is now a member of the international advisory board. This network consists of people and organizations who have specific skills in relation to work on recovery processes.

Jørn has been President and Vice President of the Academic Society of Psychiatric Nurses for 8 years. For 7 years he was a columnist in the magazine nurse, and has regularly written articles for magazines and newspapers.

Jørn has for many years been a sought-after speaker and an active community debater home and abroad in relation to the circumstances of mental health issues. In addition, he works as a consultant for institutions wishing to work diligently with recovery processes. 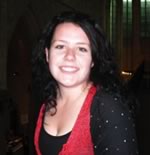 Big Hello from Australia! I had the honour of being invited to be a part of Intervoice and was beyond delighted to become a more active part of a movement that has helped me to reclaim my life, recycle my bad experiences into something worth much more than they are and most importantly be proud of who I’ am. I now have the confidence and ability to embrace all these parts of myself and I will always remain incredibly grateful to the Hearing Voices Network for this newfound acceptance.

To be more involved feels like an incredible opportunity to give back and hopefully give as much as it has given me. Intervoice is truly my Tribe and it is there I met my kind of people. People, who were willing to sit with people in their pain, delve into the meaning of their unusual but completely normal human experience and bear witness to this without judgment, People who were willing to speak up, passionate people fighting to make change and determined to help others. 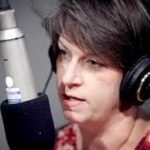 When my voices and I learned about the Hearing Voices Movement (circa 2008), we were really sceptical. Every experience we had had (since I was about 3) informed us that HVN was another way to get me to ‘admit I had an illness’ or an opportunity to point out how very different I was from those around me, a way to force me to conform to a non-voice hearing world. Pleasantly that is all far from the truth. HVN, instead, has encouraged my voices and me to be open about our experiences, to use them as a tool for advocacy and education, and to create more spaces where folks feel safe enough from the greater world to explore the world that only they can sense – in short – to help change the world. One voice, in particular, has taken it on as a singular mission. Now, I train facilitators, publically speak and support HVN, nationally, as well as Chair the Board of HVN-USA. I’m also beyond pleased to be working with Jacqui Dillon and Gail Hornstein on the USA-wide research project utilizing qualitative strategies to learn more about hearing voices and what works for those that experience distress.

I bring to the board a set of skills that include community development work that has focussed on social justice and human rights issues in the mental health field for the last 10 years. My writing and reasoning skills are strong and I’d like to collaboratively work on the website and the direction of Intervoice as it focuses support of the ever-growing global movement that is Hearing Voices. I am also extremely excited to be part of planning the 2017 Congress to be hosted by the USA.

Participating as a member of the board of Intervoice will continue to serve my very selfish goal of growing through life as a voice hearer while also allowing me to offer my skills and talent on an international level, helping to tie together and strengthen national and more local efforts to establish Hearing Voices groups and being a force for change. It is my sincere hope that my candidacy is viewed favourably by our thoughtful members.

I am the chair of the Danish Hearing Voices Network and am about to graduate as a psychologist. I am also a registered psychiatric nurse. As a network we have played an active role in building it to what it is today along with the other dedicated board members. This includes spreading the message that hearing voices and having other unusual experiences is not an illness but related to life experiences, are meaningful and are contextual. In fact, Denmark has been one of the countries which has always been very well represented at the yearly Intervoice congresses because we have been so successful in spreading the concept of the hearing voices movement, especially within community psychiatry.

I belong to the more critical end when it comes to psychiatry and work towards ending human rights abuses within psychiatry. This means working towards the removal of laws aimed specifically at those suffering distress as per the UN Special Rapporteur on Torture, Juan E Méndez (2013) “States should impose an absolute ban on all forced and non-consensual medical interventions against persons with disabilities, including the non-consensual administration of psychosurgery, electroshock and mind-altering drugs, for both long- and short-term application”. I also believe that the diagnosis of schizophrenia is a construct and the validity behind the diagnosis is not evidence-based.

Another area that I personally work actively for is the role of medication of which many who are distressed and hear voices and end up being labelled schizophrenic are subjected to. It concerns me that the evidence surrounding psychiatric drugs is dubious at best and in fact, the evidence suggests that neuroleptics are considerably more harmful than the “illness”. One of the areas I have focused on here in Denmark is the increased mortality that appears to be linked to neuroleptic use.

Both these areas are areas I have focused on here in Denmark and I believe I have to a shift in psychiatric practice. I am therefore working towards a post-psychiatric era where psychiatry whose power structure, as we know it today no longer exists. Instead genuine choice is a given for those suffering distress be it hearing voices groups, therapy, Soteria houses, or even psychiatry. 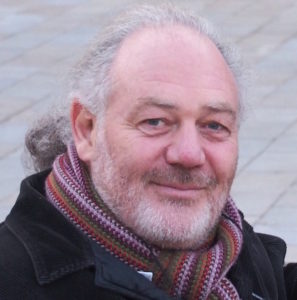 I have been a passionate advocate of the Hearing Voices approach for many years and was able to attend all the World Congresses apart from Cardiff, where I have found many kindred spirits and friends. Through my passion for advocating for a genuine human approach to voices among my colleagues (I work as a mental health nurse) from many professions, I have been working to establish a branch of the ISPS in Australia, which will culminate in its first AGM at WHVC in Melbourne, and have been able to contribute in a limited way (from 2000 Km away, via Skype), as I am on the WHVC 2013 clinical experts and advisory committees.

I know and count as friends many of the people associated with organising events and coordinating Intervoice, and I am definitely a team player, so as a board member I would be able to work more closely with them. I have recently been more and more involved in the Dialogical Practices movement, and would be keen to explore links between the various forms of dialogical practices emerging and being adopted within the recovery and early intervention approaches – it seems to me that these practices could form a bridge between the so far separate, and in some ways, competing, approaches for newly emerging voices and psychosis and recovery for those struggling with voices, psychosis and the effects of institutional ‘care’ – abuse, invalidation, stigma and low expectations. 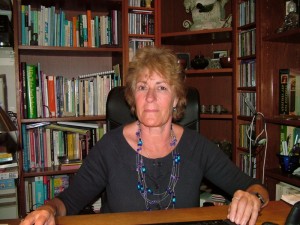 I am a co-founder of INTERVOICE. Actually, Intervoice was given birth in Marius and my living room. When over the next few years many voice-hearers and professionals reacted on our first talks promoting ‘Accepting voices’, we felt the need to structure this growing interest. In the first years around 80 people participated, now this number of people has grown to several hundreds. We felt the need to show the world that voice hearing was not a symptom of an illness but a human variation that needed more attention. So I organized national congresses, then international congresses and the first world congress in 2009 in Maastricht. It was always centred around voice hearers.

For me, it is very important to give the voice-hearers a voice of their own. I spend quite some time training voice hearers to become experts by experience. They needed to know as much as possible about their own experience also about the history and the diverse theoretical models as well. I participated in the Leonardo da Vinci training project in which I developed a voice hearing module in which voice-hearers were supported to write their own stories. Marius and I published several books with many of those stories. I saw that writing your own story is claiming ownership and a powerful tool in recovery. The Maastricht interview we developed together with Patsy and other voice-hearers is used in many countries. I think that together, voice-hearers and professionals, we made a change in mental health care. It is up to the younger generation to continue this, and it has my passion to support those people.

Comments are closed, but trackbacks and pingbacks are open.