International Hearing Voices Projects (known as ‘Intervoice’) is a charity, registered in England, that has been set up to support the Hearing Voices Movement. As a charity, our focus is connecting people and ideas. There is so much wisdom and experience out there, our hope is that we can provide a space where this can be more easily shared – via this website, events and by working with new and emerging national networks.

Board Members are elected at our Annual General Meeting (AGM). This page shares some information about the current board, their experience and what they hope to offer Intervoice. 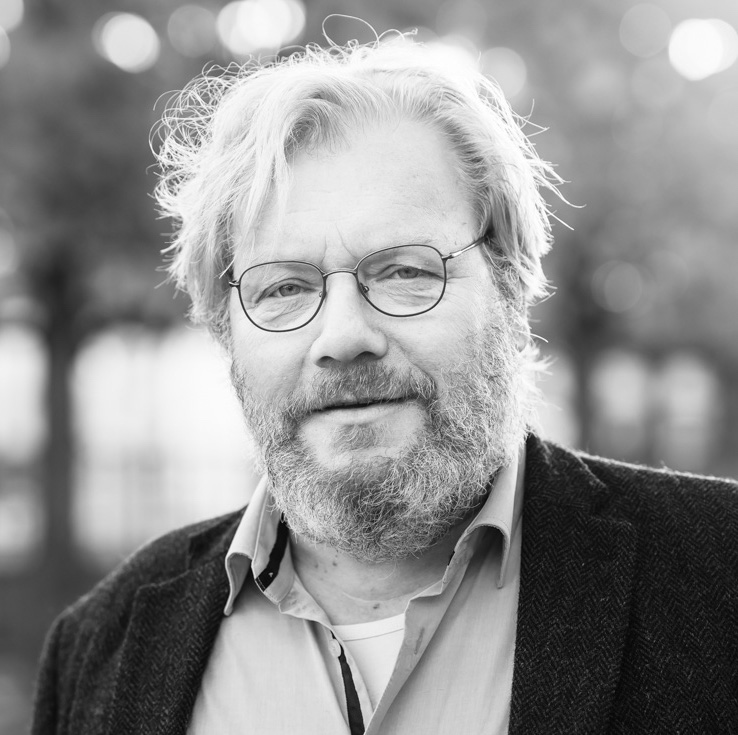 My name is Dirk Corstens and I live in Alkmaar, the Netherlands. I was trained in Schema-focused therapy, Voice Dialogue and Peer-supported Open Dialogue. I work as a social psychiatrist and psychotherapist in Den Helder and the isle of Texel. Together with  colleagues I started the Stemmenpoli Alkmaar, a private practice, one day a week, for people hearing voices. Since 1992 I collaborated in the hearing voices research project at Maastricht University initiated by Marius Romme and Sandra Escher. Together with them I published several articles on voice hearing and most recently the revised Dutch version of Making Sense of Voices. I collaborate with Eleanor Longden and colleagues on the Talking with Voices research project at Manchester University.

For me, hearing voices is a natural experience and the Talking With Voices approach is a very promising method that promotes making sense of voices and living with voices. I am involved in Intervoice from the start in 2009. A long time as a Chair and I am glad that voice hearers took over this task. For me the website is the house of Intervoice that helps connecting voice hearers and provides hopeful information. The annual World Hearing Voices Congress is a feast of recognition and acknowledgement. My dream is that voice hearers find and support each other, don’t go into the medication-oriented psychiatric system, and that when you tell people that you hear voices it is a start of a conversation and evokes curiosity.

My name is Jørn Eriksen. I live in Copenhagen, Denmark.

It was a professional turning point for me when I met the International Hearing Voices Network in 2000. I had by this time been working in psychiatry for 13 years and I had never seen anyone recover. I could feel that there was something wrong with our practice, but I did not know what.  The Hearing Voices Network taught me to understand mental health problems in a completely different way and suddenly I could understand why people heard voices and how I could support them, which meant that I became proud of my work. Since this realisation, I have spent all my time supporting people on their recovery journey and imparting this knowledge by arranging teaching and publishing books about voice hearing and recovery.

After being a leader in the mental health field for 31 years, I now work full time in my private company PsykoVision, which I have established together with my partner Anne Klinte. We support people who struggle with voice hearing and other reactions, we disseminate knowledge about voice hearing and recovery, and we help organisations who wants to develop a recovery-oriented praxis.

I’ve been on the board of Intervoice since the beginning. Through these years, I have seen how strong a movement the Hearing Voices Network is. Its message and understandings are so logical and helpful that this movement is quietly spreading throughout the world. In my opinion, Intervoice’s most important task is to support this by getting people access to knowledge about voice-hearing, so more and more people can benefit from this helpful approach. It is also a strength of our network that there are so many committed people and different experiences that we can all learn from each other’s experiences. I therefore also think that it is Intervoice’s task to link people together so we can create a worldwide community where we support each other. I also believe that Intervoice has an important role to play in providing voice hearers and professionals who want to work with this approach with legitimacy, so they are more protected.

The Hearing Voices Movement along with Intervoice have had immense influence in completely altering the trajectory of my life. Through encountering the Hearing Voices Movement and the impassioned, wise and brave individuals that are the Movement along with the knowledge that was so freely shared, I found a meaningful alternative to describe, connect and work with my experiences as a Voice Hearer. I view the Hearing Voices Movement and Intervoice as my TRIBE, my chosen family and I feel like I have been immensely blessed to have grown and developed within this network since 2009. I love being a part of a movement where the individual experience is valued, that lived experience is an expertise and removes barriers between people I have been a part of the Board of Intervoice since 2012 attending my first Board meeting in Cardiff. I feel really proud of the direction the Board is moving in, feeling renewed enthusiasm and feel that I still have much to bring to the position.

Alongside the insight I bring from being a voice hearer with lived experience navigating and recovering from the psychiatric system, I also worked in a mental health team in a Community Health Service in regional Victoria for 6.5 years. For the last 4 years I have been pursuing a double degree Bachelor of Human Services and Master of Social Work. This study has reignited my passion to pursue social justice, respect for people and their unique experiences and the variation in individual explanations of their experiences. I aspire to pursue an academic career now, to teach up and coming mental health professionals about this approach and to pursue research to propel and support the Hearing Voices Movement. I continue to want to be a part of the Board as I see immense value in our role to connect and share the innovative and expansive wealth of knowledge that is being developed around the world. I have experienced the Board evolving and believe there is a genuine desire for it to adapt, to hold a meaningful and responsible role in promoting and supporting the individual networks and initiatives around the world.

I am the chair of the Danish Hearing Voices Network and am about to graduate as a psychologist. I am also a registered psychiatric nurse. As a network we have played an active role in building it to what it is today along with the other dedicated board members. This includes spreading the message that hearing voices and having other unusual experiences is not an illness but related to life experiences, are meaningful and are contextual. In fact, Denmark has been one of the countries which has always been very well represented at the yearly Intervoice congresses because we have been so successful in spreading the concept of the hearing voices movement, especially within community psychiatry.

I belong to the more critical end when it comes to psychiatry and work towards ending human rights abuses within psychiatry. This means working towards the removal of laws aimed specifically at those suffering distress as per the UN Special Rapporteur on Torture, Juan E Méndez (2013) “States should impose an absolute ban on all forced and non-consensual medical interventions against persons with disabilities, including the non-consensual administration of psychosurgery, electroshock and mind-altering drugs, for both long- and short-term application”. I also believe that the diagnosis of schizophrenia is a construct and the validity behind the diagnosis is not evidence-based.

Another area that I personally work actively for is the role of medication of which many who are distressed and hear voices and end up being labelled schizophrenic are subjected to. It concerns me that the evidence surrounding psychiatric drugs is dubious at best and in fact, the evidence suggests that neuroleptics are considerably more harmful than the “illness”. One of the areas I have focused on here in Denmark is the increased mortality that appears to be linked to neuroleptic use.

Both these areas are areas I have focused on here in Denmark and I believe I have to a shift in psychiatric practice. I am therefore working towards a post-psychiatric era where psychiatry whose power structure, as we know it today no longer exists. Instead genuine choice is a given for those suffering distress be it hearing voices groups, therapy, Soteria houses, or even psychiatry.

After being part of the Board a few years ago, I am returning with renewed energy and enthusiasm. As someone who hears voices, sees visions and has a whole host of other so-called ‘unusual’ experiences, I have first hand experience of the emancipatory power of Hearing Voices Groups and am committed to supporting their development across the world. But, to me, the Hearing Voices Movement is about more than these groups – as important as they are. It’s about a wider call for change – a gathering of people who believe that those of us who hear voices have the right to define our own experiences in our own way. A movement that prioritises lived experience, yet also embraces allies. A movement that calls for ethical and collaborative responses to those of us who are in distress. As a member of the Intervoice Board, I hope to be part of supporting this movement; the movement that helped change my life.

In addition to my lived experience, I bring with me some managerial and practical skills. I helped set up, establish and manage a range of projects allied with the Hearing Voices Network ethos – including a project for young people (Voice Collective) and a project that develops Hearing Voices Groups in prisons and secure settings (Voices Unlocked). I’m also Chair of the English Hearing Voices Network. I’m an Open Dialogue practitioner, a trainer and am currently studying for a PhD in survivor knowledge. Lived experience, both personal and collective, is at the heart of everything I do. I hope that I can use some of these experiences to serve Intervoice and, in turn, the wider movement.