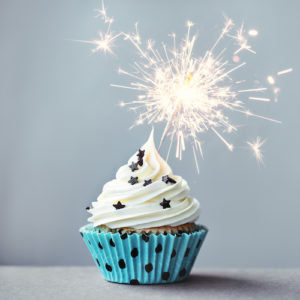 This afternoon, at our Intervoice Day in Boston, Olga Runciman and Dirk Corsten (trustees) announced the winners of this years annual Intervoice Awards. The Intervoice awards are an opportunity to give recognition to incredibly inspirational people, groups, research, initiatives and the opportunities taken to grow the Hearing Voices Movement and create hope across the world.

As always, the quality of nominations were amazing. It brought the committee a lot of joy to hear about some of the work that is going on around the world to service this vibrant movement that we’re all part of.

This year we’ve decided to increase the range of awards, creating 7 categories out of our original 5. This enables us to honour a wider range of contributions … both those that have a regional or national impact as well as those that do amazing work in their locality.

Hannah Schwartzman (UK) for over 14 years dedication to setting up, facilitating and supporting an independent voice-hearer led Hearing Voices Group in London that has reached out to over 100 voice-hearers during this time.

Tami Michelle Gatta (USA) in recognition of her sensitive facilitation and support of a Hearing Voices Group.

Unusual Beliefs Group at St Mungo’s (UK) in recognition of their development of an unusual experiences group that holds to key HVN values and took the decision to meet in a local café, creating an atmosphere that a member describes as ‘open and inclusive’.

Jenna Rai Miller – Connecticut HVN (USA) for her dedication and commitment to the development of Hearing Voices Groups within the state of Connecticut, which now has a thriving 21 groups and a state-wide phone in group.

Caroline Mazel Carlton (USA) for her ongoing work to support the development of new Hearing Voices Groups and Networks across the USA through her role as a trainer and mentor.

Marie Hansen (USA) for her dedication to developing the New York City Hearing Voices Network, and her selflessness in the way in which she offers opportunities to others whilst rarely taking credit for herself.

Voices Unlocked – Mind in Camden (UK) for their exciting work in setting up the first Hearing Voices Group in an Immigration Removal Centre and other secure settings (including prisons, secure psychiatric units and young offenders institutes).

Hearing Voices USA Online Group (USA) in recognition of their creation of a safe, welcoming online group for people who would otherwise would be unable to attend.

Jeannie Bass (USA) in recognition of her work and commitment to promoting the Hearing Voices Approach to DMH Northeast/Tewksbury Hospital, gaining support for training programmes which have had a significant impact on staff and those people served by these organisations.

Voices Vic (Australia) in recognition of the work they have done in mentoring hearing voices groups and establishing Hearing Voices Approach training in the state of Victoria, including gaining endorsement and accreditation from professional bodies to attract social workers and mental health nurses.

Listening to Voices (Australia) in recognition of the achievements of all those involved in this powerful theatre experience and its impact on public perception of hearing voices. Individuals involved: Catherine Simmonds (artistic director), performers Ben Pearson, Kelly Bayley, Sarah Sewell, Chloe Chia, Mel Nesbitt and Jane Thompson and Musician Yomal.

Angela Woods (UK) in recognition of her excellent and interesting articles on voice-hearing, including ones on the identity of a voice-hearer and the relationship between shame and voice-hearing. This was undertaken underneath the umbrella of Durham University’s Hearing the Voice Project – a multi-disciplinary research project that she leads jointly with Charles Fernyhough. Together the team explore the phenomenon of voice-hearing from multiple angles, including: psychological, literary, philosophical, neuroscience, personal, historical and theological. It also recognises her work, alongside other members of the team, in convening the first exhibition on voice-hearing that showcases some of these angles for the general public.

Janet Karagounis (Australia) in recognition of her ongoing dedication to the Hearing Voices Movement, beginning as a group member in 2005 and going on to become a facilitator, trainer and mentor. Her tireless efforts, passion, use of her own story and ability to see the potential in others have inspired 100s of voice-hearers, carers and mental health workers.

Bernadette Bushe (Ireland) for her ongoing work to support the development of the Hearing Voices approach in Ireland, and the promotion of human rights in mental health.

Jenna Rai Miller (USA) for the way in which she has inspired others through the use of her experiences, poetry and presence.

John Herold (USA) for his authenticity, kindness and generosity in sharing his experiences as a group facilitator with others.

Nikki Mattocks (UK) for the way she has inspired other young people who hear voices or have other struggles to keep fighting, shattering stigma by sharing her experiences in schools, at events, through articles and in the media.

Robin Timmers (Netherlands) for his passion and commitment to developing a programme of training for voice-hearers and professionals that furthers people’s understanding of these experiences.

Yvonne Doornbos (Netherlands) for her work in setting up a network for people who hear voices in the Hague, and opening a centre for voice-hearers.

We will be getting in touch with people, personally, in the next week to congratulate them. Thank you to everyone who nominated someone for an award and we look forward to our 2018 Awards that will be announced in the Netherlands at next year’s congress.